Rose Witcher opened its doors in 1950. The school was named after the senior member of the El Reno faculty, Miss Rose Witcher. 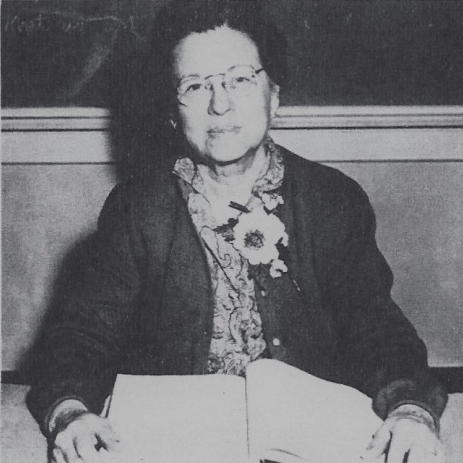 Rose Witcher was born on October 17, 1885, at Herndon, MO to Jesse and Minnie Witcher.

Miss Witcher began teaching in the El Reno School system in 1913 and remained until her retirement in May 1955. In addition to teaching English at the high school, she was the principal of the El Reno High School from 1926 until 1935. She served as Dean of Girls from 1935 until her retirement. Which means, she served in this capacity for 20 years.

In 1954 Miss Witcher was selected as the Teacher of the Year for the State of Oklahoma.

It was reported that during her years of service in El Reno, Miss Witcher had been active in church and civic affairs. She had influenced the lives of thousands of boys and girls toward high ideals and better living during her years as a citizen of El Reno.

The El Reno City Council sold the major portion of Bronson Park to the Board of Education for use as a school site in July 1947. The new school building would be for the children living east of Rock Island, while Central School would provide for those living west of Rock Island. This kept the children from crossing the busy Rock Island Street to attend school.

Superintendent Paul R. Taylor said at the dedication, ” During the years of service in El Reno, Miss Witcher has influenced the lives of thousands of boys and girls toward high ideals and better living during her 36 years as a citizen of El Reno. Certainly no person could be more deserving of the high honor conferred on her by the community in naming a school structure in her honor.”

Rose Witcher became the 1st – 2nd grade center in the 2008-2009 school year and has been a Great Expectations Model School since 2010.